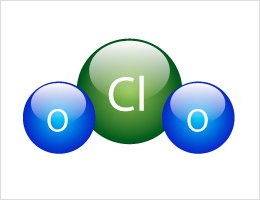 Chlorine Dioxide, is an oxidizer that has been found to be very effective in killing bacteria, viruses and fungi.

It is NOT the same chemical as pool chlorine or laundry bleach.

Although not recognized by allopathic medicine as a treatment for illness, there are many using it in the world of alternative medicine for just that. The street name is MMS (Miracle Mineral Solution) and usually consists of two bottles. One contains sodium chlorite and the other some kind of food acid (usually hydrochloric acid or citric acid). When the two are mixed together in the amount of a few drops, a chemical reaction occurs that produces chlorine dioxide. This drop mixture is then diluted with water and then orally consumed.

Here is a report originally in Spanish from Facebook:

“I want to give you news of my friends in Italy, the grandfather of one of them who was the most serious and they had him with oxygen at home he was getting worse, two days ago he started taking mms every 5 minutes, today he no longer needs the Oxygen had an episode of severe diarrhea yesterday but it has passed, but the good news is that he no longer has difficulty breathing and the cough has happened remarkably, the other good news gave the tests to everyone today and they could not believe that of the 17 people who had all coronaviruses 14 marked negative only 3 have coronaviruses, they asked them insistently that they were taken and they said nothing for fear that they would also be told by the mms which is prohibited in Italy, so far it has given good results but definitely We can only use those who know it and those who want to have a real interest but not in making it a business, it is actually a relief and a pride to help save other people in the world”

This topic is not even slightly and properly covered here.  Just putting it here as a placeholder for the time being with more info to come.

Chlorine dioxide registered as a biocide by EPA

The Truth About Chlorine Dioxide

Determination of the Effectiveness of Oral Chlorine Dioxide in the Treatment of COVID 19 – Full Text View – ClinicalTrials.gov